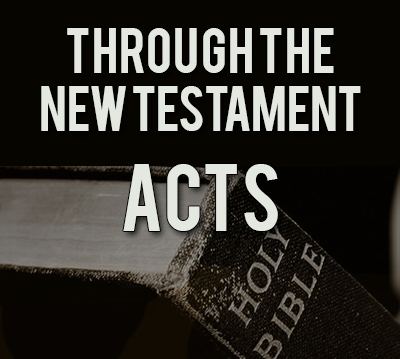 Stephen makes his entrance in Acts 6 and his exit in Acts 7. He is described as being “Full of grace and power.” Grace and power is an unusual, but awesome, combination. It's kind of like "sweetness and strength." You will need both to be an effective witness for Jesus.

Now, Stephen wasn't an Apostle. He was simply a follower of Christ. His official title was actually “waiter,” and his day job was serving meals to elderly widows. Yet, "whoever is faithful in the little things will be entrusted with much."

(Acts 6:15-7:1) And gazing at him, all who sat in the council saw that his face was like the face of an angel. And the high priest said, “Are these things so?”

And Stephen said, “Brothers and fathers, hear me.” It is important to bear in mind the purpose of Stephen’s long speech. He is answering the question, “Are these things true?” Stephen doesn’t defend himself.  He proclaims Christ. This isn't a personal defense designed to secure an acquittal by the Sanhedrin. The central character of his defense was Jesus, but he calls as his witnesses: Abraham, Joseph, Moses, David, Solomon and Isaiah. He tells the authorities...

When Solomon dedicated the temple he prayed, “But will God indeed dwell on the earth? Behold, heaven and the highest heaven cannot contain you; how much less this house that I have built!”

The Result: (Acts 7:54-57) Now when they heard these things they were enraged, and they ground their teeth at him. But he, full of the Holy Spirit, gazed into heaven and saw the glory of God, and Jesus standing at the right hand of God. And he said, “Behold, I see the heavens opened, and the Son of Man standing at the right hand of God.” But they cried out with a loud voice and stopped their ears and rushed together at him.

This passage makes me wonder: Does Jesus stand for every martyr?

The Psalmist writes: “Precious in the site of the Lord is the death of one of his holy ones.”

Jesus said, “Everyone who acknowledges me before men, I also will acknowledge before my Father who is in heaven.”

Victoria, I too saw this and thought how although no one could match Jesus' suffering Stephen spoke the truth and as you said asked for God to forgive them for what they were doing....well the whole thing was similar to what Jesus went through but on a smaller scale. Stephen imitated Christ in his belief and his death and forgiveness of others.

I like how Stephen in the end of the chapter revealed his love for the people by saying this, as he's dying: â€œLord, do not hold this sin against them.â€ Amazing!

So true Andy! "Always being prepared to make a defense to anyone who asks you for a reason for the hope that is in you; yet do it with GENTLENESS and RESPECT."

Stephen gives us the example of how we should meet opposition- just state the facts and let God handle the results. If we respond with anger, we will never get the message across.