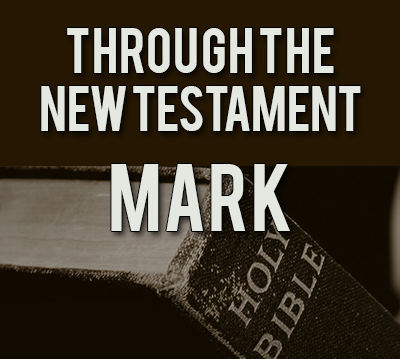 In Mark chapter 6, Jesus goes to His hometown with His disciples and begins to teach in His own synagogue on the Sabbath day. This is a great opportunity for Jesus to be a blessing to those who have known Him the longest. (Small town boy makes it big!)

(Mark 6:2) …and many who heard Him were amazed. “Where did this man get these things?” they asked. “What’s this wisdom that has been given Him? What are these remarkable miracles He is performing?"

So far, so good. They recognized both in His teaching and the powers He had been displaying throughout Galilee that something significant was happening. This sounds just like all the crowds who were listening to His sermons and watching His miracles. But, then things take a turn for the worse.

(Mark 6:3) “Isn’t this the carpenter? Isn’t this Mary’s son and the brother of James, Joseph, Judas and Simon? Aren’t his sisters here with us?”

In other words, “Who does He think He is? Hey, we know you! We know your family. You built my barn for goodness sake!” Their unbelief blinds them to what should be obvious and instead they focus on the irrelevant details.

The result: And they took offense at Him.

They were “scandalized” by Jesus and repelled by Him and by His claims. They were offended by His ordinary background and the commonness of His family. This is the exact opposite effect He was having all over Galilee.

(Mark 6:4) Jesus said to them, “A prophet is not without honor except in his own town, among his relatives and in his own home.”

So, why are people (then & now) offended by Jesus?

His neighbors thought they knew Him and they were not impressed (Isaiah 53:1-2). Some are offended because He doesn’t meet their expectations. Still others stumble over His expectations of them.

Of all the things to stumble over and to be offended by regarding Jesus, truly the most offensive thing about Him is this...

The appearance of Jesus on planet Earth proclaims that, “I NEED HIM!”

Father, I need Jesus. I know that if it were not for the carpenter from Nazareth, I would be utterly lost and without hope! I am a sinner in need of a Savior. Give me a renewed love for those who need to hear this message and boldness to share it. I want to be in awe of your Son. It is in His name that I pray, Amen.

Bobby was born and raised in Atlanta, GA. He is the youngest of 13 children and was the first believer in his family. He graduated from Columbia Bible College and served in churches in South and North Carolina before coming to Texas in 1994. Bobby and Amy have been married since November of 1990 and have 3 children (Riley, Beau, and Emma Grace).