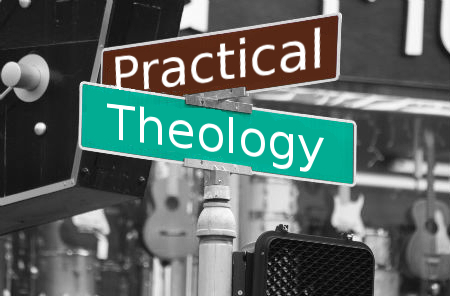 In 1 Corinthians 7, Paul gets very practical in what is already a very practical letter. He addresses marriage, singleness, divorce, self-control, lust, sex in and out of marriage and contentment.

(7:1-5) Paul tells married people that it's okay to have sex. It sounds strange that he would have to say that, but the Corinthians were people (like us) or extremes. Their tendency was either over-indulging or completing. They were either all in or all out. Paul let's them know that sex is not dirty. It's not simply for those who lack self-control. Sex is meant to be a regular part of marriage and it should never be something withheld as some sort of bargaining chip.

(7:6-24) I believe what Paul is trying to convey is this large section is that "the grass is not necessarily greener on the other side." The person who is single doesn't need to focus on getting married, as if that were the cure all to lust or being spiritual. The believer who is married to an unbeliever doesn't need to divorce them to be the person God wants them to be. The bondservant doesn't need to get free so they can "really serve God." The guy with the world, over-the-top testimony (uncircumcised) doesn't need to pretend he grew up as a Pastor's kid and the guy who always choose the wise/moral path (circumcised), doesn't need to think less of his grace story because it's not flashy enough.

Bottom line: Wherever you are right now, regardless of the situation, live 100% for Jesus!

(7:25-40) In the final section, Paul builds on this bottom line and reminds his readers that each stage of life and each marital option (married, divorced, single, widowed) has its own set of obstacles and opportunities. Once again - switching where you are is not the solution. Living for Christ, wherever you find yourself, is the solution. I especially love how Paul addresses his fellow singles. He tells them not to squander the unique opportunity singleness affords them. Because they are single, they can live a life of undivided devotion to Christ.

As the guy who discipled me would say, "stop trying to find Miss Right and focus on being Mr. Right!"

In a Christian culture that holds marriage up as the goal and singleness as something to escape, these are encouraging and challenging words. One of my heroes of the faith, John Stott, was celibate his entire life. He passed away last year at the age of 90. Stott wrote that, "the gift of singleness is more a vocation than an empowerment, although to be sure God is faithful in supporting those He calls."

In my sermon last week, I spoke about a podcast I listened to in which three pastors "came out" as men who struggle with same-sex attraction and yet are absolutely committed to following the Scripture. These men of god understood that for them this meant a life of celibacy. In a culture that holds up self-fulfillment as the highest goal, these brother in Christ have chosen Jesus as their Treasure. You can read more about them and the ministry they founded at LivingOut.

Bobby was born and raised in Atlanta, GA. He is the youngest of 13 children and was the first believer in his family. He graduated from Columbia Bible College and served in churches in North & South Carolina before coming to Texas in 1994. Bobby and Amy have been married since November of 1990 and have 3 children (Riley, Beau, and Emma Grace).